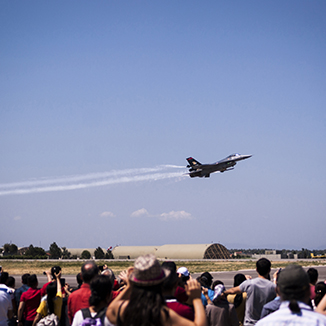 Turkey achieved a sharp increase in the fields of science and technology during the years following 2010, owing in part to the high level of interest for information technologies in every aspect of daily life. Turkey has one of the highest rate of internet users in the world and its large, dynamic and young population has contributed to the increase in business for Turkish IT companies in recent years. While major advances in science and technology projects are being made with government incentives and million-dollar budget investments, Turkey is also marching ahead with major large-scale investments such as its first nuclear station construction, its first satellite and first military tank production. Research in the field of science is normally conducted by state research institutes and universities with Istanbul and Ankara universities ranking amongst the world’s best universities. 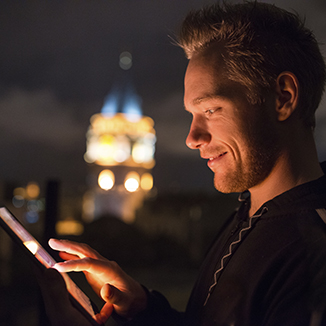 With a population of over 70 million, Turkey experienced an internet user ratio of 50% and 60% of houses are connected to the internet. While last year’s technology sector reached 70 billion dollars, it is expected to see a return investment of 27 billion dollars in 2015. This appears to show a trend for large-scale investments towards e-commerce, mobile tool management, mobile applications, device security, mobile identity and methods of access. On the other hand, SME software firms are increasing in number all over Turkey thus creating major competition in branding and growth. In the meantime, the Science, Industry and Technology Minister, Fikri Isik, commented in March that many sub components are coming together to create the first domestically produced smartphone.

Other significant developments in Turkey’s science and technology sectors include large energy-related projects which have been instigated by the government. The Sinop Nuclear Station has a budget of 22 billion dollars while the Akkuyu Nuclear Station’s budget is 20 billion dollars. The Turksat 4A Turkish made satellite, expected to be sent to space in 2019, has a budget of 550 million Turkish Lira. Another important project is the National Wind Energy Project which has a budget of 15 billion dollars. The employment created by these large investments mean that more qualified engineers and scientists are being encouraged as well as boosting the auxiliary sectors. TUBITAK (Turkish Scientific and Technological Research Institute) is the leading institution which plays an important role in these sectors. It runs an immeasurable number of major projects and is the foremost crucial Turkish institute with its advanced laboratories and facilities.

One of TUBİTAK’s most important roles is to cooperate with universities and industries in science and technology fields. Certain universities which are leading centers for scientific and technological research contribute significantly to these fields with their annual publications. According to TUBİTAK data, Turkey is ranked 18th in the world for scientific research publicatons in 2012. At the same time, in 2013, four of Turkey’s universities were ranked amongst the world’s top 200 universities according to Times Higher Education ODTU (Middle Eastern Technical University), Bogazici (Bosphorus), ITU (Istanbul Technical University) and Sabancı University. TUBITAK’s University-Industry Joint Venture Incentive Program plays a significant role in ensuring the scientific research published by the universities.